Tarpon – Trout of the Tropics 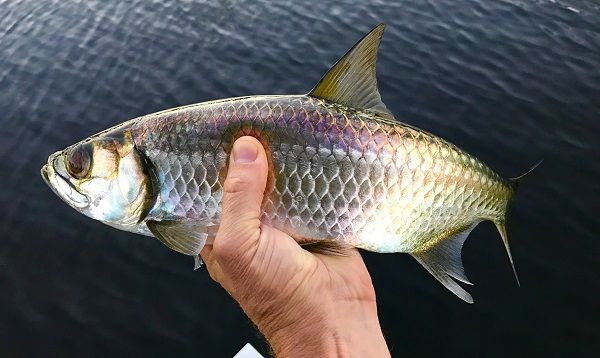 They also love getting air time 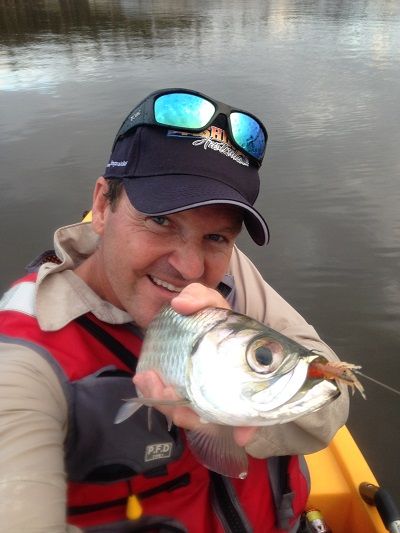 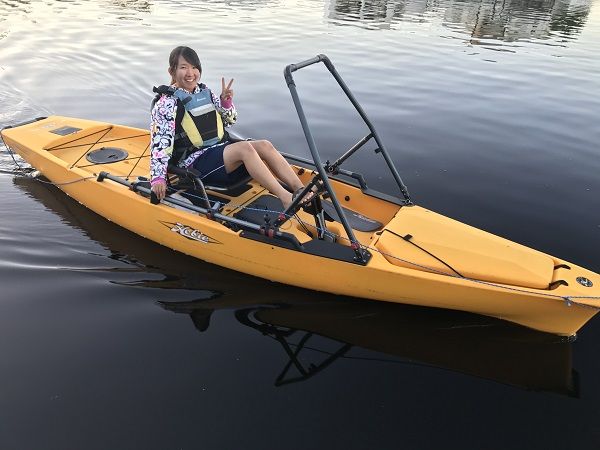 A kayak is a huge help, you can sit amongst the tarpon schools having a ball as our Japanese exchange student Nanaka enjoyed 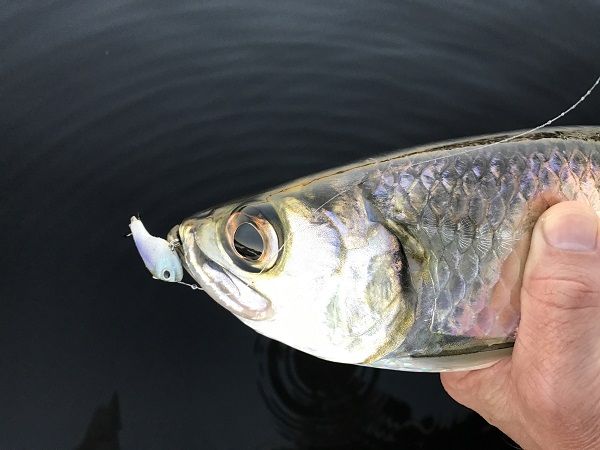 A swiftly retrieved soft vibe is one good option

Mist rising from the water in a pre dawn glass off the fish are swirling, tailing and feeding all around my kayak and I’m in heaven.

But this is not trout fishing...I’m in the tropics and the fish I’m casting at are Tarpon.  These are not a big fish, but they a strong and acrobatic fighter that for an angler who loves a challenge ticks all the boxes.

My first experiences with Tarpon were straight forward and more typical than my current fascination with them in the lakes and canals right outside my front door.

My first few were a by catch in a classic billabong in southern Queensland while filming with Andrew Fogarty from Prawn Star lure fame.  The first one I hooked leaped spectacularly and gave a good account of itself but with bigger jacks and barra on the score card and the heavier gear I was using the poor little Tarpon whilst still impressive was not fully appreciated.

Next session on the Russel Mulgrave with gun angler David Powell was a lot more fun. The lighter gear used for them showed just how good they are pound for pound...and that first jump-YEW they can get 6 foot of air on some occasions.  .

Since those first encounters many an encounter followed, usually while targeting barra or Saratoga in billabongs, but also in also in other less likely places like anchored in bays at night, or while whiting fishing with saltwater yabby baits (they love em).

I never found the typical billabong or fast stream Tarpon hard to tempt ...I thinks that’s due to the ‘eat while you can’ urgency. In comparison the scores that call the lakes and canals of South East Queensland home, like those in my back yard on the Sunshine Coast, are a whole different ball game.  No current to work up a ravenous appetite, loads of food on offer and loads of lures thrown at them makes them a serious challenge to nut out!

Add in the fact that they gulp air when oxygen levels get low which makes it look like they are feeding and it’s no surprise people spend hours casting at schooled up swarms of them only to be replaced buy the next angler in que with their stash of new lures to try.

Dozens of anglers were trying to catch the masses of them schooled up at the local weir after cyclone Debbie, few realized they were simply gulping air and not feeding.  I also had a good crack and only tempted a few on tiny lures or a small pink fly, basically I covered a thousand fish and got a few reaction bites at best.  All failed to hook up solidly thanks to that super hard mouth.

A few on the more harder to access waters around home were more willing and when on the chew you can hook 10 fish in 10 casts!

So when I now see them actually feeding out in the middle of my local lakes I love the challenge – you know where they are, the real fun is trying to tempt them to bite.

There’s a few things that I have found that helps a lot.  The first few casts into each area they are showing themselves are usually the most productive.  If they stay ‘bubbling’ after that try another school and come back to the ‘covered school’ later.
Aboriginals call Tarpon bubble fish because after gulping air they leave a trail of bubbles, both immediately and (on a calm day) a trail of bubbles that you can see for a long time after wards.  This makes the schools easy to find.

If after a gulp you watch which way the bubble trails are going you can lead the fish and have a better chance of hooking them.

Ghost hits are also common, they swoop the lure hard but don’t touch it, sometimes 3 or 4 times in the one retrieve , and you can notice this if you have ultra light tackle and are feeling carefully.

Any small lure can work, but you need fine gauge ultra sharp hooks.  Good lure styles include hard body divers, poppers, softies and various types of vibes.  With any hard body lure the amount of vibration or rattle during retrieve is critical –too much and they wake up to quick and stop rising on some occasions. Soft vibes work particularly well.

Main line and leader around the 2 to 3 kg mark is ideal.  The same strength braid main line to get long casts is a big advantage to reach the schools.

I’ve found a kayak is the biggest advantage of all, while a boat with outboard or electric puts them down (even approaching at idle) the Tarpon pods will happily frolic all around a yak being used quietly.  I’m not sure if it’s the footprint of the bigger boats or the motors that spooks them but what I can say is a Yak gives you lots more opportunities to fish for them without them going down.  Our whole family and our guests enjoy seeing the fish up so close and personal.

They do bite all year round but the glass offs in winter and spring seem to be most user friendly and productive in my back yard, although I still have plenty to learn which is certainly half the fun.

They are not a table fish which is great...people let them go so there is plenty to play with whenever you feel like the challenge of ‘the trout of the tropics’. Love them cool little speedsters, can’t wait for the next session.