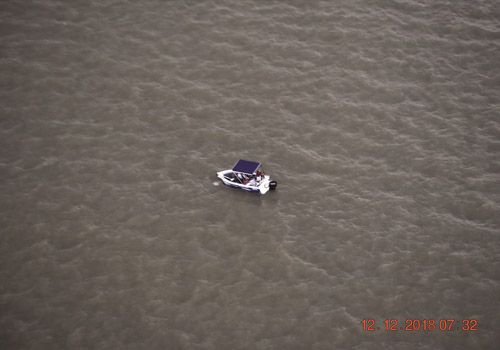 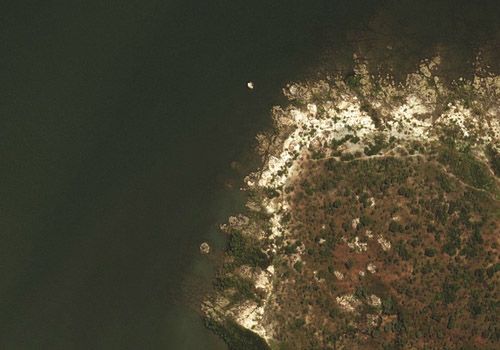 When AMSA detects a distress beacon, response time is always of the essence, but this rescue mission was a race against Tropical Cyclone Owen to a remote scene of three stranded fishers.

In the early afternoon of 12 December 2018, AMSA detected a personal locator beacon (PLB) activation half a nautical mile off South West Island in the Northern Territory region of the Gulf of Carpentaria.

The rescue response to this particular activation was more complex due to the remoteness of where the beacon indicated, and the fact that Tropical Cyclone Owen was forecast to hit the location at last light. However, two things were instrumental in the quick response—the PLB was equipped with global positioning system (GPS) and the owner had registered the PLB and provided emergency contacts.

GPS-equipped emergency beacons provide the location of the people needing assistance much more quickly and accurately than those without GPS. While both types send an alert to AMSA immediately, the time needed to provide a location varies. GPS-equipped beacons provide an approximate location with a 120-metre-radius search area, but a beacon without GPS provides a location with a search radius of five kilometres.

When AMSA detected the activated beacon they were confident with the accuracy of the GPS position. AMSA sent both the Cairns Challenger aircraft—RSCU 330—and the Darwin Careflight helicopter—Careflight 1—to the scene straight away.

AMSA Search and Rescue Officer Daniel Redondo said that when AMSA first detected the beacon alert they were unable to contact the beacon’s owner because of the remoteness of their location. However, the owner had provided an emergency contact when they registered the PLB.

‘The contact quickly informed us that three people were on board the vessel and were on a fishing trip, which they had done previously. The contact also knew where they departed, what type of vessel they were in and that none of the people on board were suffering from any known medical conditions,’ he said.

‘A well-informed emergency contact can be one of our best search and rescue assets and have in the past resolved incidents without needing to send out an aircraft or vessel to the location.’

The Cairns Challenger aircraft spotted the vessel at 16:00—three hours after the fishers activated the PLB—and confirmed that all three people were safe on board. During this time, Careflight 1 had completed refuelling and was on its way to the scene. However, due to deteriorating weather conditions—including winds over 40 knots—rescue by helicopter winch was no longer feasible.

At 17:30 police vessel—Bombastic—reported that it was at the mouth of the Carrington River, two nautical miles from the fishing vessel. AMSA had initially requested Bombastic to pick up the three people from the stricken vessel. However, after finding the vessel anchored in a reasonably sheltered location, the skipper of Bombastic proceeded to tow the vessel and the three fishers back to where it originally departed without further incident to the great relief of the fisher’s families.

Daniel said that providing emergency contacts not only helps AMSA respond to emergencies more effectively, it’s also important to be able to let next of kin know that their loved one is in an emergency situation.

‘In this particular mission we stayed in regular contact with the next of kin to update them on the progress of the rescue aircraft and the Northern Territory Water Police vessel against the deteriorating weather conditions, and then to pass on information about the wellbeing of the stranded fishers and their recovery back to shore.’

‘Make sure your beacon is registered and that your emergency contacts are people who will likely know where you are, who you are with but also not likely to be on the vessel or aircraft with you,’ he advised.

If you are in the market for a new beacon, make sure it is equipped with GPS. Precision matters in life and death situations where every second counts. Register your beacon
Register your distress beacon or change the ownership details online at www.amsa.gov.au/beacons or over the phone on 1800 406 406.

Make sure you list up to three emergency contacts when you register your beacon.

The best emergency contacts:
• know where you are going and who you are going with
• know about your vessel
• are not with you when you go out.