Proper Preparation Can Save Your Life 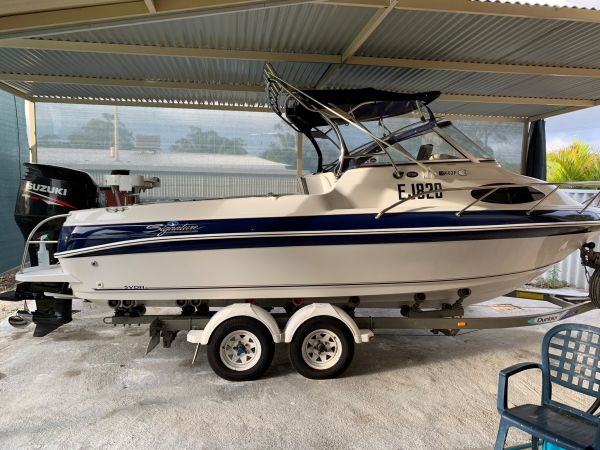 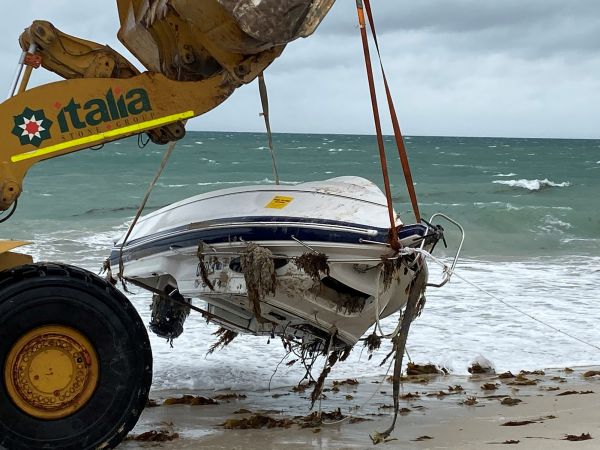 There’s one thing we all want from a fishing trip—to come home safely—but sometimes things go wrong. Western Australian recreational fisherman Lindsay Lankester’s story demonstrates the importance of registering your distress beacon, knowing how to use your safety equipment, and storing it in a place that’s easy to get to in an emergency.

Lindsay had dropped his pots at a reef off the Perth coast at about 5:30 in the evening. He was heading home, taking the inside of the reef as he went. It had been a hot day of about 30 degrees. There was a 1.8-metre swell and no wind.

Without warning, Lindsay’s outboard propeller hit a reef and suddenly a wave picked up the back of the boat. The next thing Lindsay saw was the nose of the boat being pushed under the water.

Lindsay was tossed into the water but was able to swim back to the upturned hull. He could see land about two nautical miles away, but it was too far to swim without a lifejacket on. That’s when Lindsay remembered the EPIRB installed inside the hull.

Lindsay jumped into the churning water to retrieve the EPIRB from the upturned boat. His first and second attempts at removing it failed. He sat on the upturned hull to get his breath back, and work out why the EPIRB wasn’t coming free. Then he remembered—to get the EPIRB out he first had to undo the bracket securing it.

Lindsay knew the beacon was installed roughly below the passenger seat, so he grabbed onto the boat’s side rail and positioned himself in line with the beacon. Diving under the boat, he had to feel his way. On his first attempt, Lindsay ran out of breath, but on his second attempt he managed to release the EPIRB from its bracket.

Lindsay swam out from under the boat, holding tightly onto the EPIRB. By this time it was pitch black, but luckily he had prepared well and read his EPIRB’s instruction manual. ‘It was so dark. I couldn’t see a thing, let alone read the activation instructions. It was lucky I read the instructions when I bought the EPIRB,’ Lindsay later said. After activating the EPIRB Lindsay unwrapped the cord, put a number of knots in it and held on.

The AMSA Response Centre (ARC) detected Lindsay’s EPIRB at around midnight and contacted Fremantle Water Police and Volunteer Marine Rescue to task a helicopter and rescue boat to go to the scene. They also used Lindsay’s registration information to call Lindsay’s emergency contact, who confirmed he was out fishing. This information helped the ARC to organise the best rescue response. Lindsay had prepared well by correctly registering his EPIRB and letting an emergency contact know where he was going.

Less than an hour after activating his EPIRB Lindsay saw the spotlight of the rescue helicopter in the distance.

‘It came straight for me pretty quickly’, he said. ‘Within ten minutes of the helicopter being there I saw a blue light moving across the water toward me—it was the rescue boat.’

‘Afterwards people said to me, ‘you should buy a lotto ticket, you’re so lucky’. But at the end of the day I bought the EPIRB, registered it and I practiced how to use it in an emergency. I stayed with my boat, I activated the EPIRB. I’m here today because I was prepared,’ Lindsay said.

The ARC added that if Lindsay’s EPIRB had not been GPS-enabled, they would have had a much wider search area. The GPS position allowed the ARC to pinpoint Lindsay to within 120 metres very quickly.

Lindsay’s experience shows the importance of being prepared, no matter how experienced you are or how favourable the weather conditions. Don’t muck around—get an EPIRB with GPS, register it, store it in a suitable place, and learn how to use it.

If you’ve got kids or crew—anyone on board—show them how to use it too. And if you’ve got a personal locator beacon think about attaching it to your lifejacket so it’s close to hand if you need it in a hurry.

Having a registered, GPS-enabled distress beacon is a lifeline at sea for fishers and makes any search task easier for search and rescue. Find more information and register your beacon at amsa.gov.au/beacons